FROSTY HAS COME HOME!
Yes, folks, Scott Frost, one of Tom Osborne's star players has
​accepted a contract to be Head Coach at NU! 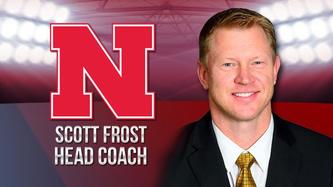 It has been too many years since Nebraska has had a top quality HC. Riley looked like he might have had what it takes but went home after three years with a pocketful of cash and a very bad record. I'm sorry to say that he couldn't produce, even with the virtually unlimited resources that Nebraska offered. Well, anyway....

That's the past and I am feeling REALLY, REALLY good about the upcoming season. So good, in fact, that I might actually start watching the games when they are on TV again.

​Solich, Callahan, Pelini, Riley... they just couldn't get over the 'good enough is good enough" attitude.

Scott Frost has been in coaching for a good while now and after he spent the last two years at Central Florida University, where he took a 0-13 team and in two years turned them into a 13-0 team, I am looking forward to the next several years in NU Football to be a return to prominence.

Now, I don't expect a National Championship this year (although that wouldn't be nice that would be Fanf***ingtastic!), but I expect, under Frost's leadership, a Conference championship then maybe the BigTen, and then.....The Big Cahuna!

​Welcome home, Scott! We're behind you all the way! (No pressure, by the way...)

I was afraid the new playoff system would mimic the idiocy of that overly large monster that disrupts TV programming for weeks during basketball season. I was wrong. They have made a committee of 13 people who are going to choose the FOUR - you read that right - FOUR teams who will participate in the playoffs.

This is an incredible INSULT to college football fans!!!

We've gone from a 'two trophy' ranking system (Popularity contest) to the BCS (popularity contest decided by computers) to THIS... a so-called playoff wherein the participants will be chosen by a committee.

We're back to a damn popularity contest again! (Remember.. a camel is a horse that was designed by committee). And can someone please tell me WHY on this committee there are TWO politicians and a military man?
​
I really thought, after all the years that fans have hollered for a playoff system, we were finally going to get one. Instead, we get more placating. Whoop-de-do.