This will irritate a few of you. That's OK. I happen to think Ronald Reagan was the greatest president of the 20th Century. He will be remembered as the president who made Americans proud to be Americans again. After the 4 year debacle of Jimmy Carter, when America went from being the "Sleeping Giant" to the "Snoozing Puppy", Reagan came along and made things right again. He showed us that we were still the "Shining City on the Hill" and that America was and continued to be the Greatest Country on Earth!

He had an unflappable wit and that was one of his best attributes. Below is a You Tube Video of some of his best moments. Enjoy a good laugh compliments of The Wonderful World of Me. God knows in this society today, we need all the laughs we can get!

And now after 8 years of Obama, who has (IMHO) replaced Jimmy Carter as the most worthless President ever, we have Donald J. Trump. I often wished for 'another Reagan" and it looks like we got one! 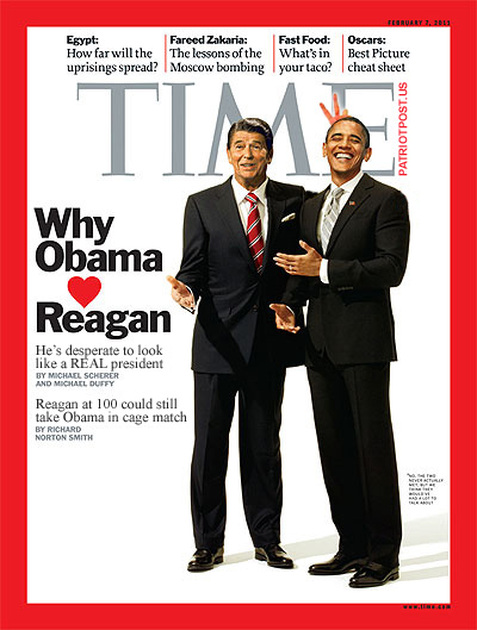 I don't know who Photoshopped the Time cover, but it is too good. I love the blip about Reagan at 100 could still take Obama in a cage match!